Electricity generation and distribution in Nigeria

Electricity can be seen as the flow of charges, positive (protons) or negative charges (electrons) from one point to another. After the discovery of electricity in the 18th century, it is widely used and can be seen as the heart of many, services, processes, and machines.

Electricity provides artificial light, which enables us to see. It is used domestically for powering equipment such as cooking, ironing clothes, powering the television set, and charging other utilities. In industries, hospitals, laboratories, schools, and churches electricity is widely used.

Electricity can be generated from different sources

⮚ Sunlight: This is a natural and renewable source of energy. It is gotten from the sunlight. In Nigeria, this source of energy is not fully harnessed. The main component used in a solar power system is the photovoltaic cell which converts sunlight to electricity.

⮚ Water: this is one of the most common sources of electricity generation. Dams are constructed to store up water and also to increase the force of the water on the turbine which creates more mechanical power that would be converted to electricity.

⮚ Biomass: bio means life while mass related to anything that occupies space. Mass could also mean a heap or pile of something. Biomass is energy generated from the waste of living things, both plants, and animals.

⮚ Wind: the action of the wind has kinetic energy which can cause the movement of a thing (mechanical energy) which can be channeled to the generation of electricity.

⮚ Steam: generating energy from steam involves three processes. First water is converted to steam at very high pressure, secondly, the steam is fed to a steam turbine, and third, the turbine to a generator converts the steam energy to electricity.

⮚ Geothermal energy: this is the same as a steam generation. The difference here is that steam is naturally gotten from the earth in hot springs, geyser, and steam vents.

⮚ Fuel from crude oil: this is the generation of electrical energy from refined crude oil (petroleum and diesel) this liquid serves as the fuel used in powering machines such as generators and blisters.

⮚ Nuclear element: radioactive materials such as uranium are very reactive elements which reaction processes causes the dissipation of a large amount of energy (heat and light). The heat energy dissipated could be converted to electrical energy in a controlled process in a nuclear plant using a nuclear reactor.

Electricity can be discussed in three sections; Generation, Transmission, and Distribution

⮚ Electricity Generation: depending on the source from which energy is generated, its availability and use, energy generated should be in a very large quantity before it is transmitted for distribution. In Nigeria, hydroelectricity generation is approximately 51,000GWh yearly.

Solar electricity is yet to be fully utilized in Nigeria at the public level. But individually, a few persons make use of solar power in their homes and for industrial purposes (as support to electricity provided). Though with the climatic condition of the country, a total of 427,000MW could be generated. Wind energy in Nigeria is another source of energy that is harnessed at domestic levels but not industrially.

Equipment found in a generating station

This depends on the type of generating station but generally, this equipment can be found in the majority of generation stations: Turbine, generator, Plant control system, alternators, Waste to energy, Flue gas desulfurizer, reactors and bus-bar.

⮚ Electricity Distribution
Electricity is for personal and public uses. Therefore for consumption, electricity has to be stepped down to a useable voltage. The distribution station receives voltage from the transmission line and steps it down to consumable 115KV. This is further stepped down before distributing to a voltage range of 240V- 330V in Nigeria.

Some equipment found in a distribution station includes the following; circuit breaker, isolators, capacitor bank, insulator, step-down transformer, switching, and backup system.
Generally, electricity can be transmitted and distributed either overhead or by underground cables. Although this is dependent on factors like distance, type of soil in the area, cost, and voltage level. 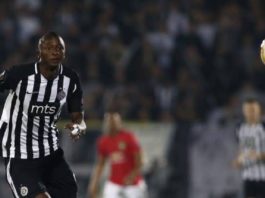