Concord -Common rules of concord in the English Language

A sentence consists of a subject and predicate ( verb, object, complement). All these components of a sentence must agree with each other. If there is no agreement, then the sentence is grammatically incorrect. Here, Concord comes in.

Concord in grammar is the agreement of all the components of a sentence. Furthermore, concord could also be defined as the relationship between two grammatical items whereby a certain feature in the form of one of them requires a corresponding feature in the firm of the other. The English language has so many rules that would help in the observation of concord.

They are:
1. A singular subject takes a singular verb.
Examples: Dr. Emem attends to her patients every day.

2. A plural subject takes a plural verb.
Example: The teachers are very happy.

3. A plural verb is used when two or more singular subjects are joined with and.
Example: The Chairman and his daughter are good.

2. The doctor and the nurse are in the theatre.
In a situation where two singular subjects are joined with and, but still refer to the same person or thing, the singular verb is used.
Example: Bread and butter is a good combination.
The secretary and typist were absent from the meeting.
My classmate and best friend are getting married next week.

4. When two or more singular subjects are connected by neither nor, either or use a singular verb.
Example: Neither Mercy nor Musa qualifies for the award.

5. A singular subject joined to other subjects by as well as, including, with, together with, along with, in addition to uses the singular verb.
Example: The king together with his chiefs encouraged the rioting boys.
Stylistics, as well as Semantics, is a course in English.

6. The indefinite pronoun ALL usually takes a singular verb in some situations.
Example: All is well.

7. The following indefinite pronoun nobody, anybody, anyone, someone, somebody, no one, none, everybody, one, nobody, each, either or neither is singular, therefore, they take a singular verb.
Examples:
Everybody does what pleases him.
Nobody care for me.
Only one of the contestants is qualified.
Everyone is invited to the party.
Somebody was responsible for the missing bag.

8. Indefinite pronouns like many, several, both and few are ways plural because they refer to more than one. They take the singular verb.
Example: Both were eager to contest.

9. When many, each and every is used at the beginning of a sentence, they take a singular verb.
Each student was asked to present his fee clearance card.

10. Some nouns are plural in nature but projects singular meaning. When nouns of such take the subject position in a sentence, it takes a singular verb.
Examples: Mathematics is a very simple subject.
Measles is a childhood-killing disease.
The new was not a positive one.

11. Exceptionally, some nouns that are plural in nature takes a plural verb. But they can also take the singular verb when the word, pair is added. Examples of such nouns are scissors, pants, pliers, tongs, trousers, etc.
Example: The pants are very costly.
The trousers were sold at retail price.
A pair of trousers is expensive.

12. The words half and part can be used with a singular or plural verb depending on how it’s conveyed meaning.
Examples: Half of the boys are in the field.
Half of the doughnut is left.

13. When a word “number” is preceded by the article “a”, it must precede a plural verb.
Example: A number of children were crying.
But when preceded by “the”, a singular verb is used. Example: The number of women is small. It’s a Boy: Great news as Regina Daniels welcomes another... 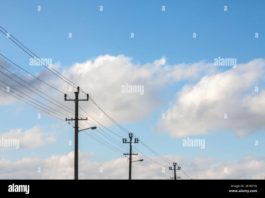 NNAMDI KANU: UNKNOWN GUNMEN IN THE SOUTHEAST, NOT IPOB