Why is My Virginal Discharge Brown?

Vaginal discharge varies from time to time, depending on the time of a lady’s cycle. These different discharges can also indicate a lady’s state of health.

At different stages in the life of a woman from the time she begins to menstruate, to pregnancy, premenopausal and postmenopausal stages, she is expected to experience constant and continuous vaginal discharge because it is normal.

What is a vaginal discharge?

Vaginal discharge is the way the female body is designed to expel fluids and unwanted cells. These discharges change as a woman grows older in age, the colours are also influenced by menstruation. The discharge is usually very clear when a woman is about to see her period for the first time, sometimes weeks before a period.

This exactly is the cause of dry vaginal discharge during and even after menopause. The odour and colour vary from woman to woman and tends to go away at the age of menopause. The factors that influence the colour, consistency and odour of the vaginal discharge of a woman include Hormones, menstrual cycle, pregnancy and most importantly, vaginal infections.

Generally, a normal discharge has a clear white and yellowish colour with a mild odour. In a cycle, when a woman is at the peak of her fertility which is called the period of ovulation, the discharge is usually thick and tends to leave stains on underwear.

A normal discharge also changes in consistency during a lifetime, depending largely on a woman’s menstrual cycle. The vaginal discharge is fluids from the uterus, the cervix and the vagina.

Why is my virginal discharge brown?

Since it is only normal for the vagina to discharge at different times, it is crucial for one to pay close attention to the colour of a discharge. The colour of a discharge can mean the presence of an infection, STD, etc. Sometimes, just before and after a menstrual period, the discharge released takes a really dark colour, which is absolutely not a problem.

When a brown discharge is consistent and has an unpleasant odour and is not accompanied by the menstrual period, then it is time to see a doctor. It could be an infection. While vaginal discharges are only normal and should always be expected, there are certain discharges one might experience that can indicate danger in health.

These discharges might be a result of sexually transmitted diseases (STDs), vaginal infections and varieties of other infections which may include;

Vaginal discharges are normal and are always expected to show up, therefore it is nothing to worry about. However, the time to seek medical attention is when an unpleasant smell is noticed. If there is also a change in consistency and unusual change in colour to green or a strange colour like grey.

In conclusion, women must avoid washing the vagina with soaps as it is unhealthy for the vagina. Clear and clean water is enough to keep the vagina in its best condition. Scented creams, perfumes are also harmful to that delicate part of the female body and you sure do not want it hurt.

Sitting on public toilets can also lead to vaginal infections, which may cause itching and unusual vaginal discharge. Wearing really tight underwear is also harmful to the vagina. The vagina should be left open to breathe, this way it will stay clean and void of unpleasant odour. A woman who is sexually active should see a doctor regularly, to ensure that there is no presence of STD or any other infection. 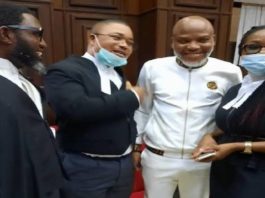 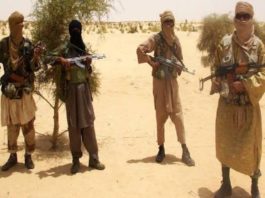