“You are all Hooligans”— Commissioner of education lashes out

Following a recorded phone call sailing online.
Ngozi Chuma-Udeh,
The Commissioner for Education in Anambra State was heard lashing out
on a job seeker.

“You are all Hooligans”, Before the commissioner went all ballistic subscribing to abrasive words, the job seeker had earlier called her to make inquiries in regards to the just concluded recruitment exercise that stretched across several sectors in Anambra state.

As a reply, the commissioner didn’t fail to mention how uncouth and indisciplined the Job applicant was; she(Mrs. Chuma Udeh) pointed out that the applicants brazenly defaulted strident instructions; failed to act with conduct; did not identify themselves.

Mrs. Udeh dotted her “i’s” and crossed her “T’s” and did not fail to address her caller as an idiot, a filthy thing, and a stupid woman.

All these immediately followed a report she had received, One that engendered the truthfulness of the said stampede that occurred at the Nnewi examination centre; one of the 3 centres where screening for job applicants was carried out.

“Madam, you’re an idiot. You mean the computers are doing what? I received a report by 12 noon that you people refused to stand in line. You refused to be identified, and you mobbed.

“You people were trying to get into the hall at the same time, you refused to be disciplined up till this moment, and you have the effrontery, you stupid woman, to call me on phone and talk rubbish?”

“Get out of my phone you filthy thing. Do you really want to be a teacher? How will you tell your students to conform to instructions, when you cannot stand in line and move into the hall?

“Please, I have no pity for you and I have nothing to say to you. We have already examined up to 1, 400 candidates and…. You are all hooligans.”

At the heart of the matter
Governor Charles soludo weighed in saying the job seeker had failed the examination and in a fit of rage engaged the commissioner raining insults on her and himself, and such resulted in Mrs. Udeh’s reply. 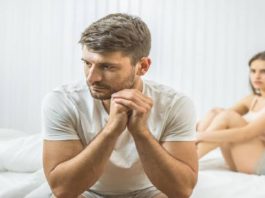 Reason behind the raid of motorcyclists by Task force at Berger