Cooking has it effect on the nutritional value of food. Nutrients are lost during cooking: nutrients are gained while cooking. For this reason, most people believe that food should be eaten raw while others believe that food should be cooked before consumption. Although some fruits and vegetables are palatable when eaten raw, some food is not. For instance, eating rice, cocoyam, yam or even beans cannot be eaten raw because as it won’t be suitable for consumption.

Cooking is the process or practice or skill of preparing food by combining, mixing, and heating ingredients. It is very important because it destroys bacteria and delays the decomposition of food so that it last longer. It adds flavour to food and makes a meal more palatable and nutritious. Cooking can be achieved by boiling, steaming, frying, smoking, grilling, roasting, baking, etc. Most of these cooking methods make use of water while others do not. Let’s look at five classes of food and the effect of cooking on them.

1. Carbohydrates: Carbohydrates contain carbon, hydrogen and oxygen. They are starchy and have sugar in them. They can be found in food like bread, rice, yam, maize, cassava, millet potatoes, cocoyam, water yam, etc. For easy absorption and digestion, it has to be cooked especially through boiling or roasting.

For example, when boiling rice or potato, the starch is transformed into a simple form that aids easy digestion. However, sugar is more absorbed when cooked while cellulose is more digestible. On the contrary, cellulose, thiamine found in vegetables is lost into the water during cooking.

2. Protein contains carbon, hydrogen, oxygen and nitrogen. In the process of digestion, protein is broken down into amino acids for the body’s use. Protein can be found in fish, meat, beans, egg, milk, snail, melon seeds, etc. Eggs are best consumed when they are boiled or fried. Milk is usually pasteurized so as to make it safe for human consumption.

During the cooking of protein especially animal-derived ones, coagulation takes place. This makes the meat shrink and colour change occurs due to the decomposition of the blood in the meat. Eating if red meat should be discouraged.

3. Vitamins: Vitamins are needed in the body. They are commonly referred to as protective food because they are essential for the growth and maintenance of the body. They can be found in milk, egg yolk, liver, plantain, carrot, groundnuts, lettuce, green vegetables, and fruits. Vitamins (vitamin C, riboflavin and Thiamine ) are mostly destroyed while cooking.

4. Mineral salts: They can be found in beans, snail, vegetables, milk, salt, fish, egg, orange, etc. Calcium content in food may be doubled during cooking. Therefore, it is not affected during cooking. Iron is more digestible when cooked. When cooking meat, the iron content escapes into the water which might be lost if the water is thrown away. It is advisable to use the water used in boiling meat to cook. By doing so, the iron content is not lost but retained.

5. Fat and Oil: They vary in different stages. Fat melts when exposed to a high temperature and becomes oil. Oil at low temperatures becomes fat. They can be found in both plants and animals. Examples are palm oil, meat, groundnut, coconut.

Nutrients that are lost during cooking can be recovered by eating other food items that have such nutrients especially those that do not require cooking (mostly fruits and salad vegetables). Overcooking and over warming of food should not be a norm because they make food less nutritious. Eating some meat and egg raw should be discouraged as most bacteria that would have been destroyed are taken into the body. 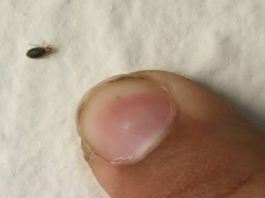